In this blog post, Dr Mary Jean Walker discusses the acceptance of drinking and drunkenness, responsibility, identity and culture, and the ethicality of various alcohol policy processes. 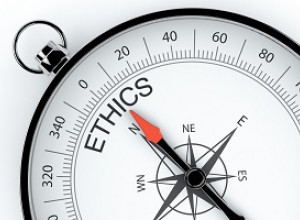 Australians have an ambiguous relationship with alcohol. Drinking is thoroughly embedded in our culture, part of the way we socialise, relax, and enjoy ourselves. Drinks can be available anywhere from children’s birthday parties to hairdressers. Having fun can be seen as necessarily imbibing, and saying ‘no’ might require some excuse. 47% of us drink to get drunk. Announcements that the 2020 lockdown was ending told us this meant it was time to ‘get on the beers’.

At the same time alcohol is, as in most places, linked to significant and severe harms. Though many Australians may be unaware of at least some of these harms, many of us find it utterly normal to deal with at least minor effects like covering for hangover-affected co-workers, having unnecessary arguments with friends, or simply having to feel ‘on guard’ walking on main roads on a Friday night.

As an Australian who grew up with this status quo, I often haven’t noticed it much. As a health ethics researcher, it’s a puzzling situation. Why do we accept not only drinking, but extreme drunkenness, as normal, even when we know its harms? Why do Australians find it funny to compare our drunken stories? Why does drinking with someone help cement friendships, especially for young people?

The harms, and these ambiguities raise ethical questions. Should we consider it unethical for people to get into a risky state of drunkenness at all? Why do we hold drunken people legally responsible, even though they may not meet the usual conditions for moral responsibility? There are also ethical questions about the policies that seek to limit alcohol harms. What sorts of policies are justified in view of the harms alcohol causes to others? Are policies that aim to reduce harms to the drinker themselves also justified, even if they are paternalist (they limit people’s freedom around alcohol “for their own good”)? Harms are more likely to be felt by those in less privileged groups, often including women, Indigenous or people from ethnic minorities, and those in lower socioeconomic brackets, so alcohol policy intersects with issues of social justice. What are the effects of a history where being able to drink alcohol has become associated with citizenship rights?

I started to wonder if investigating these questions from an ethical viewpoint might make some contribution to formulating effective policies. To identify what alcohol-related ethical issues are most pressing, I conducted an interview study with 17 key informants from alcohol policy and research.

The issue brought up most often and most passionately is that the alcohol industry, and other bodies with economic interests in alcohol, have so much influence on policy. They undertake corporate political activities at all levels of government – lobbying, submissions to inquiries, and membership on advisory committees. This is ethically problematic in contributing to harm, and constitutes a conflict of interest – one informant even described the industry as “evil”. More broadly, another informant argued, while alcohol might play important economic roles and support some jobs, “a lot of these businesses are built on, or their business models require, excessive drinking to make profits… it's not right.” Regulation of advertising was said to be often ineffective in curbing industry influence.

Many reported that it can be difficult to get evidence-based policies for reducing harms adopted by governments. This was seen as an ethical failure given it represents a failure to prevent preventable harm. Several informants argued that the alcohol industry works to reduce policymakers’ respect for the evidence-base.

Informants told me that often, alcohol problems are seen as problems caused by a minority of problem drinkers. (An issue noted as far back as 1976, that still seems to be with us). These problem drinkers might be regarded as ill (addicted or dependent); or as irresponsible, bad at self-control, or even immoral.

This way of framing alcohol problems was argued to be false, because some significant proportion of harms related to alcohol are generated by drinking that is seen as normal. The framing was argued to be harmful to those placed in the ‘problem drinker’ group, via processes of stigmatising and othering. And the framing was argued to be harmful to everyone, since it implies that any other drinking is normal and harm-free. It obscures problems with broader social practices, justifying inaction, or less effective, individual-focused policies – and playing into industry interests.

The flipside of this framing of alcohol problems is the normalisation of drinking and drunkenness within certain parameters. Several informants linked drinking and drunkenness to Australian identity, saying high levels of drinking are worn “with pride”, that drinking is “part of our cultural DNA”. Normalisation increases harms and is ethically problematic where it operates as social coercion to drink. An implication, some suggested, is that we should not see alcohol problems as the result of individual choices, but the result of our “intoxigenic environment”.

A further ethical issue comes from the way that what counts as acceptable drinking may depend on many things, including sometimes features of the drinker like age, gender, socioeconomic status, or perceived ethnicity. Several informants noted in particular that drinking by Aboriginal people is often judged differently because it’s more likely to be done outside, partly for cultural reasons. Such differences in judgement are an ethical problem, interacting with problematic stereotypes – in the case of Aboriginal or Torres Strait Islander people, with racism.

Sometimes then, alcohol problems come to be understood not just as a problem of a minority of problematic individual drinkers, but a problem of particular groups. A result can be policies that introduce, or reinforce existing inequities and discrimination. The strongest example here are alcohol restrictions in some remote Aboriginal communities introduced under the Stronger Futures legislation (soon due to expire). These relied on a partial suspension of the Racial Discrimination Act and were seen by many as problematic. On the other hand, alcohol restrictions in remote communities were seen as positive when established by the community themselves. The difference ethically speaking may be that where restrictions are imposed from outside they undermine community self-determination, while self-imposed restrictions express that self-determination.

Informants also gave many examples of policies likely to affect Indigenous people differently from other Australians even when they appear to apply equally to everyone: the Northern Territory’s banned drinker register and system of stationing police auxiliaries in bottle shops, laws against public drunkenness in many states, and a system in Brisbane of using facial recognition software to identify and exclude particular patrons from nightclubs.

Some argued these are reasons to avoid policies that work by targeting individuals, and instead focus on social determinants of alcohol harms. Insofar as equity is an aim of public health – given that various forms of inequity are social determinants of ill health – understanding the different effects of policies on different groups should be an integral part of developing ethical alcohol policy.

Individual freedom and the common good

Some informants agreed that if drinking harms no one but the drinker, it is not ethically problematic. This is in line with the classical liberal ‘harm principle’ formulated by JS Mill: "The only purpose for which power can be rightfully exercised over any member of a civilised community, against his will, is to prevent harm to others." We might then see the central difficulty in formulating ethical policy as correctly balancing alcohol’s harms against the value of individual freedom.

But many resisted this idea. Some of those I spoke to argued that it’s not possible to drink in a way that does not harm others. Drinking to intoxication nearly always carries some small risk of harming another person unintentionally – and could be seen as harming others by modelling a potentially harmful behaviour.

Others resisted the idea of individual freedom over alcohol-related decisions for a different reason: that people’s freedom in relation to alcohol is limited anyway. This could be true in cases where someone is dependent, or their judgement about when to stop is temporarily compromised by intoxication. But the point is broader: in a drinking culture like Australia’s, everyone’s freedom over their about alcohol is limited by the normalisation of drinking. We are socially coerced to drink, and simply not as free as we think are.

If our choices aren’t free to begin with, appeals to freedom can’t be used as a reason to resist greater alcohol regulation. In fact it might turn out that alcohol restrictions increase people’s freedom, by enabling a choice environment less subject to distorting influences of culture, constant exposure, and advertising.

The research summarised here identifies what I think are a number of important issues and perspectives. Ethicists have paid little attention so far to these kinds of ethical questions. My hope is that making the values that inform policy explicit will help us to interrogate them, and open the way for relevant, informed normative argument for or against specific interventions.

Thank you to the informants who participated in this study.