Based at, and working in partnership with, the Royal College of Physicians of Edinburgh

Eric has been Director of SHAAP since 2012. In 2017 he was awarded a PhD in Youth Studies after completing his studies at Birkbeck College, University of London. Previous studies include MSc Public Service Management (South Bank London University) and MA (Hons) History (University of Edinburgh).

Eric was formerly Chief Executive of Mentor UK and of Angel Drug Services, London. Eric has served as a member of the UK Advisory Council on the Misuse of Drugs (ACMD). For several years, Eric chaired  the English National Drugs Education Forum and was Vice-Chair of the United Nations' Vienna NGO Committee on Drugs.

Eric is currently on a secondment until March/April 2021. 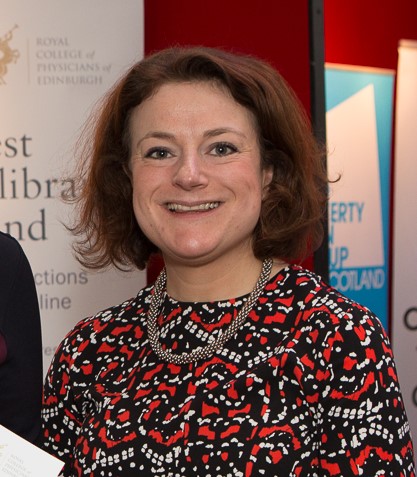 Lindsay is on secondment to SHAAP as Interim Director until March 2021 from the Royal College of Physicians of Edinburgh. She is an experienced policy, public affairs and communications professional who has worked on health policy and research in Scotland for the past twelve years. Most recently Lindsay has held the role of Policy Manager at RCPE, focusing on areas such as public health and the medical workforce. She is a graduate of the University of St Andrews and a Member of the Chartered Institute of Public Relations. Lindsay was an elected member of the City of Edinburgh Council between 2012-2017 and she is currently a Governor of Fettes College with a focus on pastoral care and safeguarding. Email Lindsay. 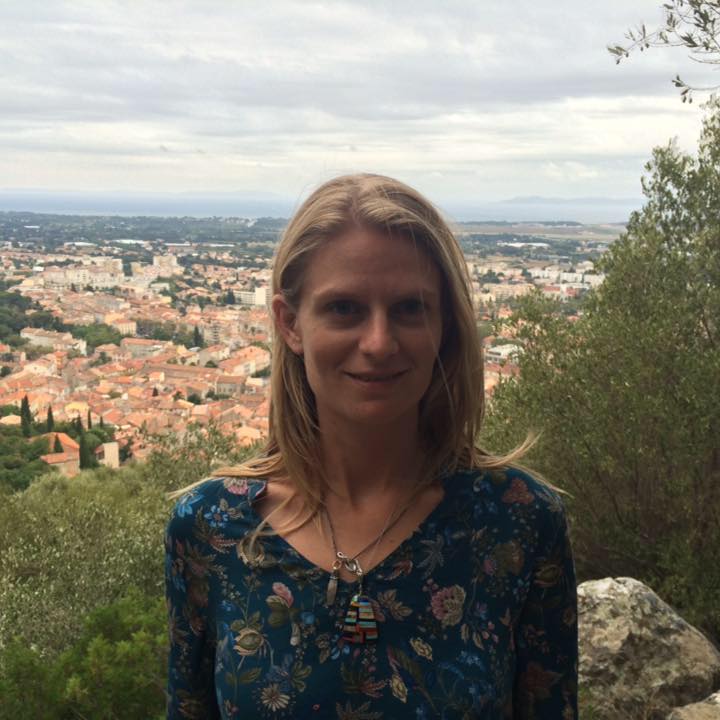 Elizabeth Hurst-High joined SHAAP as Policy Officer in May 2020. Before joining the SHAAP team, she worked in Policy and Communications roles at ASH Scotland and The Mentor Foundation, and was awarded a PhD in Social Anthropology by the University of St Andrews in 2018. Her doctoral research focused on inter-generational learning, ideas about the family, and the transformation and importance of values of respect and hard work in a semi-rural, economically marginalised town in New Mexico, USA. Elizabeth also holds a master's degree from the University of Pennsylvania, Philadelphia and an MA Honours undergraduate degree from the University of St Andrews. Email Elizabeth. 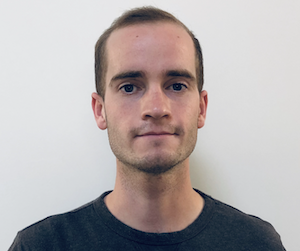 Chris Graham joined SHAAP as Research and Projects Officer in August 2020. Chris is also studying for a Master's in Public Health at the University of Manchester. As part of his role at SHAAP, Chris acts as SARN Co-ordinator (Scottish Alcohol Research Network).

Before joining SHAAP, Chris worked in online education at the Royal College of Physicians of Edinburgh for approaching two years. Chris has a range of research experience, with degrees in medicine and psychology. Email Chris.

SHAAP is advised by a Steering Group with representation from the Medical Royal Colleges in Scotland and invited experts.

Involved in strategic issues both locally and nationally, in the planning and delivering of integrated, multi-agency care and treatment. 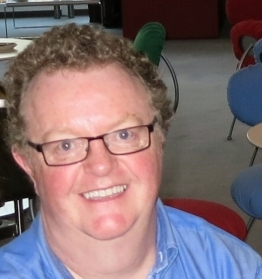 Current Vice-Chair of SHAAP; Consultant Hepatologist at the Royal Infirmary of Edinburgh for the past 25 years, appointed to help establish and run the Scottish Liver Transplant Unit; Immediate past-president of the Scottish Society of Gastroenterology; previous hepatology advisor to Scottish Government; served on Council of Royal College of Physicians of Edinburgh; former non-executive director of UK Transplant. 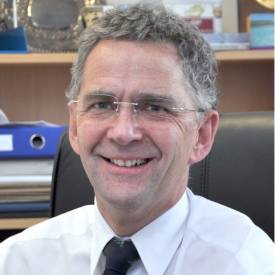 Iain Smith has specialised in the field of addiction psychiatry as a Consultant for 22 years and maintains a busy clinical practice at Gartnavel Hospital, Glasgow. Iain has served on the executive committee of the Faculty of Addictions of the Royal College of Psychiatrists, UK and as Training Programme Director for general  psychiatry in the West of Scotland and as chair of the Scottish Addiction Specialist Committee. He is Regional Adviser for the Medical Council on Alcohol(UK). Longstanding research interests include alcohol-related brain damage as well as the history of psychiatry . Iain is currently research coordinator for NHS Greater Glasgow and Clyde Addiction Services and for the Advanced Psychiatric Training Scheme in the West of Scotland. 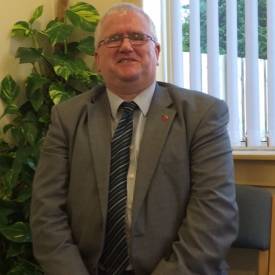 Public Health Lead for Alcohol, Drugs and Offender Health, Information Services Division (ISD), National Services Scotland. Lesley works extensively in the alcohol field including the areas of public health epidemiology, policy development and evaluation, research and teaching. Recent work for WHO has included authoring of a report on alcohol problems in prisoners. 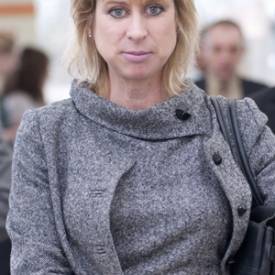 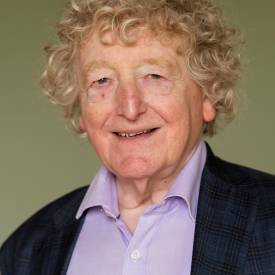 I recently retired after working for 33 years as a Consultant Paediatrician in Fife; this included first line care in Acute Paediatrics and Neonates, undergraduate and postgraduate teaching and examining responsibilities. Over time my special clinical interest and research concentrated on neurodevelopmental disorders. Appointed honorary Senior lecturer to the Universities of Dundee, Edinburgh and St Andrews. Fellow of the Royal College of Physicians Edinburgh and the Royal College of Paediatrics and Child Health and GMC Associate. Presently on the Steering group of “Contact a Family” and Specialist Advisor to Scottish Government on FASD. It has been a pleasure and privilege to represent RCPCH on SHAAP since 2012

Senior Lecturer and Honorary Consultant in Oral Surgery at Glasgow University's Dental School, her research interests include alcohol and violence and she has published in both of these fields. Christine has worked extensively to research the efficacy of ABI in Oral and Maxillofacial Surgery in Glasgow and their efficacy is such that alcohol interventions are now provided as part of normal care to facial trauma patients. She has also been involved in encouraging the dental profession to include routine alcohol enquiry for every patient and this has been adopted by SDCEP as part of their Oral Health Assessment and Review. She has recently been involved in the first trials of sobriety testing using remote transdermal alcohol monitors in the UK in both student and offending groups. She set up Medics against Violence in 2008 and through this organisation provides school interventions on violence and alcohol as well as training for health professionals in dealing with domestic abuse and rape and sexual assault. Alcohol features prominently in all these other areas. 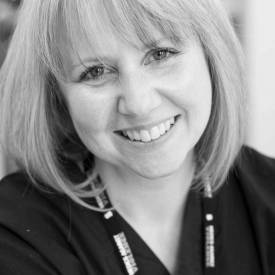 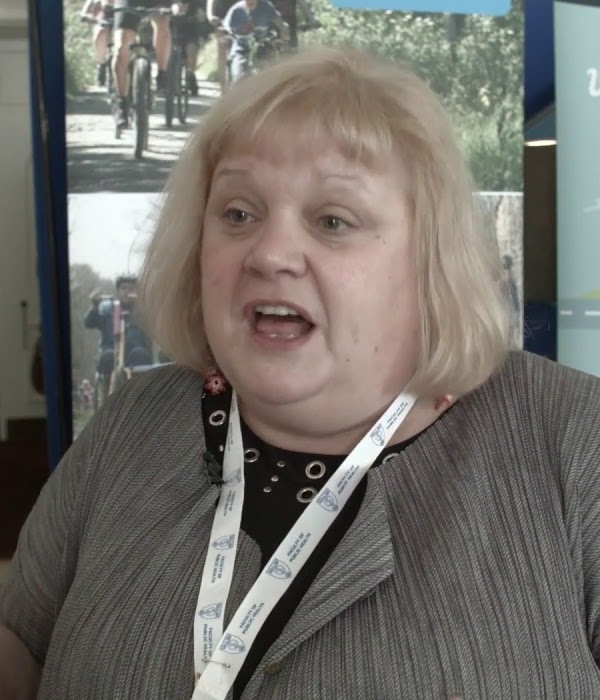 Harpreet qualified from Edinburgh University in 1981 and undertook GP vocational training in Fife and Edinburgh before joining Greater Glasgow as a registrar in public health medicine. He then worked as a consultant in public health medicine in Lanarkshire from 1990 to 2001. His work in Lanarkshire focused on prevention, including screening programmes, alcohol and drug misuse services, and partnership working with local authorities. He spent 7 years as Medical Advisor in the Health Technology Board for Scotland (HTBS) and its successor body, NHS Quality Improvement Scotland (NHS QIS). Harpreet returned to NHS Lanarkshire in October 2008 as Director of Public Health and Health Policy. He retired in 2017. 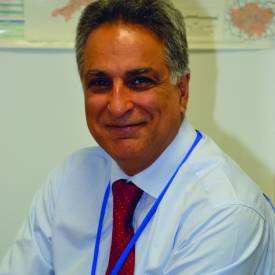 Richard was RCGP Scotland Clinical Lead for Substance Misuse from 2004 to 2014. He continues to represent RCGP Scotland on SHAAP. He developed and ran the RCGP Certificate in Screening and Brief Interventions in Primary care and has sat on a number of Scottish Government committees relating to alcohol. He is a full time General Practitioner in Lanarkshire. 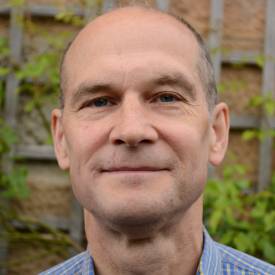 Consultant Hepatologist and Gastroenterologist working in the West of Scotland. He studied in Germany and trained in Switzerland, England (including Birmingham Liver Unit where he worked as a The Wellcome Trust funded research registrar and lecturer) and Boston. Sparked by the staggering epidemiology of morbidity and mortality from alcoholic liver disease he has done significant research work and teaching in particular related to alcoholic liver disease. He initiated and conducted epidemiological work on hospitalisations for alcoholic liver disease (CSO funded in collaboration with health economists from Glasgow University). He has a significant interest in Service and Quality improvement and was awarded a Quality and Safety Fellowship by NHSSotland. He is a keen advocate for all people with alcohol problems, in particular the often neglected and underserved but important group of patients with liver disease from alcohol. 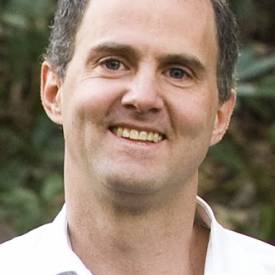 Consultant Hepatologist at Glasgow Royal Infirmary since 2003. MD Research at Royal Infirmary of Edinburgh. Interests in alcoholic liver disease and portal hypertension. Involved in the development of the Glasgow Alcoholic Hepatitis Score (GAHS) and other areas of outcomes research in liver disease. Co-developer of the Glasgow Modified Alcohol Withdrawal Score (GMAWS). 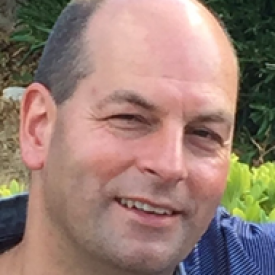 Moira Plant is Emeritus Professor of Alcohol Studies at the University of West of England in Bristol, UK and Adjunct Professor at Curtin University Perth Australia.  Moira’s main interests include women, alcohol and mental health, drinking in pregnancy and Foetal Alcohol Spectrum Disorders.  She has published on these and related subjects in peer reviewed journals and books.  Moira is the UK lead on the Gender Alcohol and Culture: An International Project (GENACIS) which includes over 40 countries worldwide.  She has acted as consultant to WHO, the UK and other governments, the Centre for Addiction Research & Education Scotland (CARES) and is a UK consultant to the US Collaborative Initiative on Fetal Alcohol Spectrum Disorders (CIFASD).  Moira is a psychotherapist and trains and supervises counsellors. 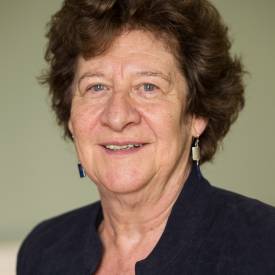 Dr Andreangeli is a Senior Lecturer at the University of Edinburgh Law School. Her research interests lie in the area of EU and domestic competition law, both substantive and procedural. She is interested in Minimum Unit Pricing of alcohol as a means of making markets work in the interests of public health and was co-opted onto the Steering Group in 2017. 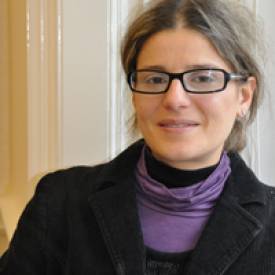 Dr Varveris is a Consultant Anaesthetist for NHS Greater Glasgow & Clyde, and is an elected member of the Royal College of Anaesthestists' Advisory Board of Scotland. She is on the Steering Group of Obesity Action Scotland and was co-opted onto the SHAAP Steering Group as a representative of the RCoA in 2017. 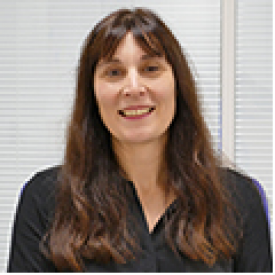 Professor of Hepatology and Gastroenterology, University of Dundee and NHS Tayside 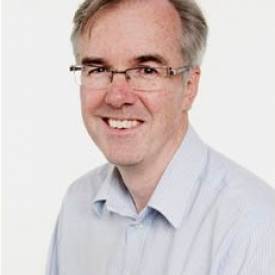